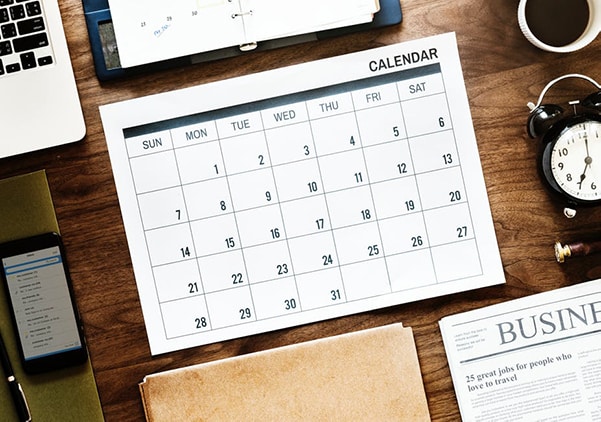 The Event Calendar – might be the costliest mistake you ever make!

Learn why an event calendar is of little use when setting optimal rates for your hotel rooms and why real-time, dynamic data is a better way to forecast the demand.

Forecasting demand is probably the most tedious and challenging task for an hotelier. Assessing how it fluctuates and boiling it down to how it will affect your property, is what I like to refer to as qualified demand – a science in itself. Some Revenue Management Systems state that they take events such as flight information – or even weather, into consideration. I will put it straight out; none of the above as isolated data sources are to any help in a precision pricing environment. The data from these sources are too noisy and, in many instances, misleading. To exemplify, let’s focus on event calendars. An event calendar is another example source that is too noisy in terms of data and is of little use when setting optimal rates for your hotel rooms, primarily for the following reasons: 1) There will always be events that are not in the event calendar, but might have a fundamental effect on your property demand like local weddings, a smaller group of corporate travelers etc., that will mess up the pricing (you sell out too cheap!) as this demand will not show up on the event calendar and come as a surprise. 2) If you have an event in the event calendar; you will need to make a manual assessment of the event; answering the following questions: a) How many will attend this event (will likely be a guesstimate) b) From your guesstimate of the total number attending this event; how many are staying overnight in contrast to those attending the event and then going home (not in need of a hotel stay because they live in the area)? c) Even if you were to answer point A and B above; you would need, based on this guesstimate, try to assess how many of those who are in need of a hotel room will consider booking your hotel?

By using Atomize, you can capture above information in a more accurate way that is not based on guesstimates but calculated using actionable data.  Atomize solves the event calendar problem by placing a small (Java)script into your booking engine. By doing so, regardless of the size of the event – if there is even the slightest increase in traffic by potential guests searching for a future arrival date (search pressure data) that information will be fed directly into the Atomize optimization engine.  The process happens before the search converts into an actual pick-up in the PMS, and the prices are then automatically raised by Atomize.  For example, if you have had, let’s say consistently between 3-10 searches for a specific future arrival date and all of a sudden there are 17 searches for that same arrival date; the prices would immediately rise. If for one or another reason the search pressure does not convert into actual pick-ups, the prices would then be lowered and fine-tuned until optimal pick-ups (seen in the PMS data) are generated.

I have a practical example; from a real client of ours. Ed Sheeran (the famous artist/singer) announced that he was coming to the city, where an Atomize client’s hotel was located, as part of his European tour.  As soon as the tour was announced, Ed Sheeran’s fans were the first to react to the announcement and almost immediately began to search for hotel rooms in the city.  The Atomize client had our custom Javascript in place, and it registered increased search activity – just like a seismograph prior to an earthquake. The increase in search information was automatically fed into the Atomize optimization engine. Subsequently; our client’s prices instantly rose as a consequence of the search activity and without our client even knowing what triggered the sudden price increases.  Consequently, their prices were now the highest in their local market. Their competitors however had not changed their prices since they did not have advanced information about the upcoming Ed Sheeran concert and had no chance to take any action because this event was not yet in their event calendars. Consequently, those competitors sold out their rooms – way too cheap – in less than 4 hours after the press release.  The only hotel left with supply in the whole city was our client’s hotel, because in the initial booking frenzy no one had booked their hotel due to the high prices that were quickly set by the Atomize optimization engine.  What happens next is like magic – our hotel client (or the Atomize algorithm) then slowly began to lower the prices of their rooms until the point where pick-ups started to come in. The pick-ups started to happen when the prices were 250% higher than before the press release was published – by the date of the concert the hotel had increased RevPAR close to 300%.  Consequently; guesstimate less when taking pricing decisions and rely on data that matters! Learn more about Atomize Revenue Management System here > 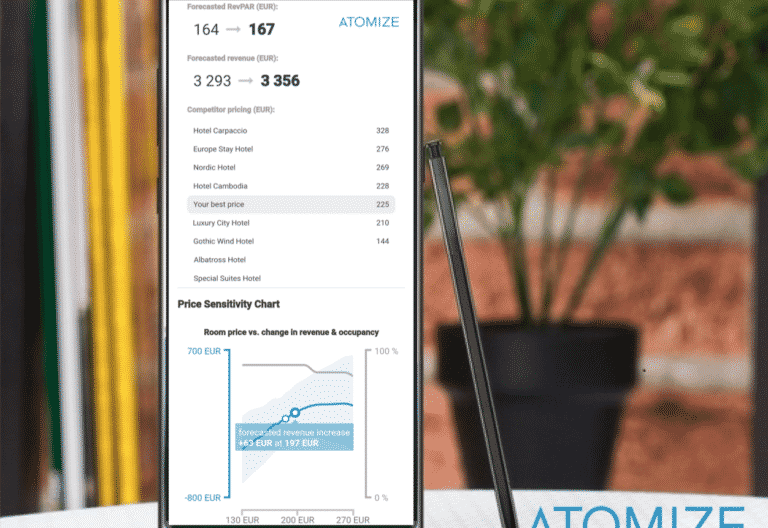 Make sure your price points are optimal by using the Price Sensitivity Chart. One graph illustrating the current optimal room… 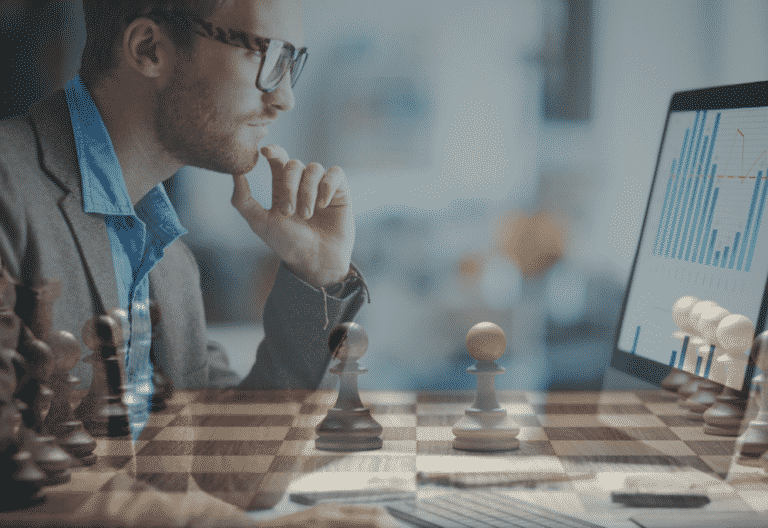 Reflections from 2020: The Rise of Automated Pricing

At the start of the COVID19 crisis, there were calls from many respected quarters for hotel companies not to follow… 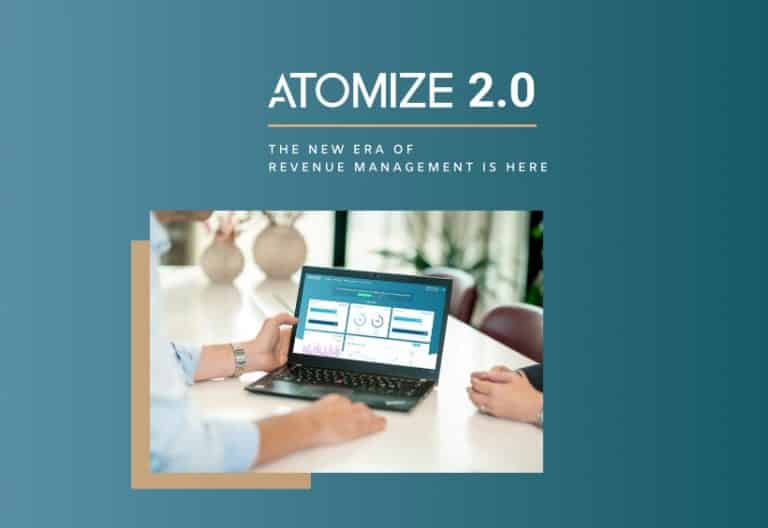 Atomize 2.0 – a new era of Revenue Management is here

Since inception to date, Atomize key focus has been on establishing the most sophisticated hotel pricing intelligence engine in the…